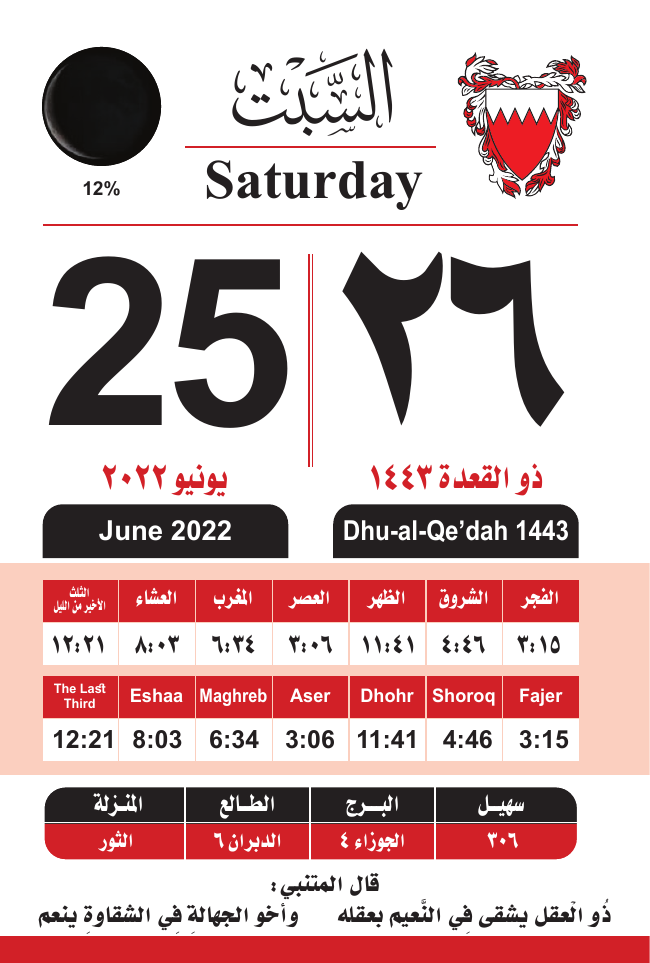 - Pre-1600
- 524 The Franks are defeated by the Burgundians in the Battle of Vézeronce.
- 841 In the Battle of Fontenay-en-Puisaye, forces led by Charles the Bald and Louis the German defeat the armies of Lothair I of Italy and Pepin II of Aquitaine.
- 1258 War of Saint Sabas: In the Battle of Acre, the Venetians defeat a larger Genoese fleet sailing to relieve Acre.
- 1530 At the Diet of Augsburg the Augsburg Confession is presented to the Holy Roman Emperor by the Lutheran princes and Electors of Germany.
- 1601–1900
- 1658 Spanish forces fail to retake Jamaica at the Battle of Rio Nuevo during the Anglo-Spanish War.
- 1678 Venetian Elena Cornaro Piscopia is the first woman awarded a doctorate of philosophy when she graduates from the University of Padua.
- 1741 Maria Theresa is crowned Queen of Hungary.
- 1786 Gavriil Pribylov discovers St. George Island of the Pribilof Islands in the Bering Sea.
- 1788 Virginia becomes the tenth state to ratify the United States Constitution.
- 1848 A photograph of the June Days uprising becomes the first known instance of photojournalism.
- 1876 Battle of the Little Bighorn and the death of Lieutenant Colonel George Armstrong Custer.
- 1900 The Taoist monk Wang Yuanlu discovers the Dunhuang manuscripts, a cache of ancient texts that are of great historical and religious significance, in the Mogao Caves of Dunhuang, China.
- 1901–present
- 1906 Pittsburgh, Pennsylvania millionaire Harry Thaw shoots and kills prominent architect Stanford White.
- 1910 The United States Congress passes the Mann Act, which prohibits interstate transport of women or girls for “immoral purposes”; the ambiguous language would be used to selectively prosecute people for years to come.
- 1910 Igor Stravinsky's ballet The Firebird is premiered in Paris, bringing him to prominence as a composer.
- 1913 American Civil War veterans begin arriving at the Great Reunion of 1913.
- 1935 Colombia–Soviet Union relations are established.
- 1938 Dr. Douglas Hyde is inaugurated as the first President of Ireland.
- 1940 World War II: The French armistice with Nazi Germany comes into effect.
- 1941 World War II: The Continuation War between the Soviet Union and Finland, supported by Nazi Germany, began.
- 1943 The Holocaust: Jews in the Częstochowa Ghetto in Poland stage an uprising against the Nazis.
- 1943 The left-wing German Jewish exile Arthur Goldstein is murdered in Auschwitz.
- 1944 World War II: The Battle of Tali-Ihantala, the largest battle ever fought in the Nordic countries, begins.
- 1944 World War II: United States Navy and British Royal Navy ships bombard Cherbourg to support United States Army units engaged in the Battle of Cherbourg.
- 1944 The final page of the comic Krazy Kat is published, exactly two months after its author George Herriman died.
- 1947 The Diary of a Young Girl (better known as The Diary of Anne Frank) is published.
- 1948 – The United States Congress passes the Displaced Persons Act to allow World War II refugees to immigrate to the United States above quota restrictions.
- 1950 The Korean War begins with the invasion of South Korea by North Korea.
- 1960 Cold War: Two cryptographers working for the United States National Security Agency left for vacation to Mexico, and from there defected to the Soviet Union.
- 1975 Mozambique achieves independence from Portugal.
- 1975 Prime Minister Indira Gandhi declares a state of internal emergency in India.
- 1976 Missouri Governor Kit Bond issues an executive order rescinding the Extermination Order, formally apologizing on behalf of the state of Missouri for the suffering it had caused to members of The Church of Jesus Christ of Latter-day Saints.
- 1978 The rainbow flag representing gay pride is flown for the first time during the San Francisco Gay Freedom Day Parade.
- 1981 Microsoft is restructured to become an incorporated business in its home state of Washington.
- 1983 Indian cricket team wins the 1983 Cricket World Cup.
- 1991 The breakup of Yugoslavia begins when Slovenia and Croatia declare their independence from Yugoslavia.
- 1993 Kim Campbell is sworn in as the first female Prime Minister of Canada.
- 1996 The Khobar Towers bombing in Saudi Arabia kills 19 U.S. servicemen.
- 1997 An uncrewed Progress spacecraft collides with the Russian space station Mir.
- 1997 The National Hockey League approved expansion franchises for Nashville (1998), Atlanta (1999), Columbus (2000), and Minneapolis-Saint Paul (2000).
- 1998 In Clinton v. City of New York, the United States Supreme Court decides that the Line Item Veto Act of 1996 is unconstitutional.
- 2017 The World Health Organization estimates that Yemen has over 200,000 cases of cholera.
- 2021 Derek Chauvin is sentenced to 22 and a half years in prison for the murder of George Floyd.

END_OF_DOCUMENT_TOKEN_TO_BE_REPLACED

From the Arabic site